Skip to content
Are Floss Picks Effective or Better Than Floss? (A Dentist’s Answer)

Are Floss Picks Effective or Better Than Floss?

Reviewed & Answered By a Dentist

We’re the makers of the Element floss holder.

So we wanted to ensure that flossers are at least as good as dental floss for oral health.

That’s why we reviewed the science…

And asked a practicing dentist to give us their opinion…

Are flossers effective or better than floss?

Read the evidence-based answers below. 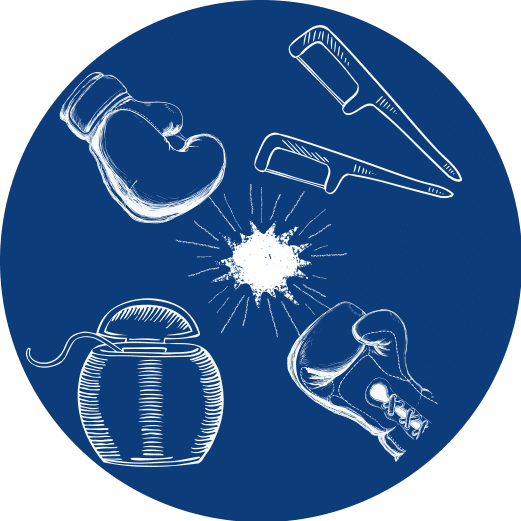 Dr. Grillo has been in clinical practice for over 25 years. He received his Doctor of Dental Surgery degree from the University of Washington. Greg served as a dentist in the U.S. Navy (as Division Officer for NAF Atsugi Dental Facility). He’s currently a practicing dentist in Washington. Greg reviewed the medical/scientific content of this article for accuracy.

Are Dental Picks Better Than Floss?

Scientific evidence from 6 clinical trials says that floss sticks are as effective as regular floss at controlling plaque and gingivitis.

But there’s a catch…

And we need to discuss it below in more detail.

What Does the Research Say?

In this article, we’re going to use terms like floss holder, floss pick, and flosser interchangeably. That’s because of two reasons.

They have a piece of floss strung between two tines (two projecting points or prongs). 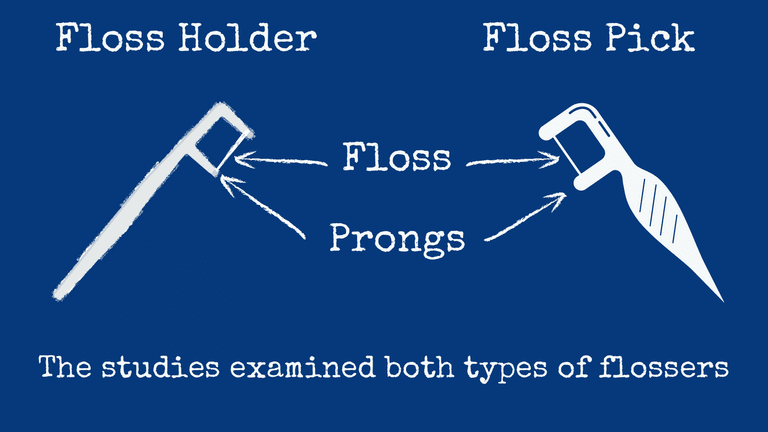 The studies on this question used floss holders and single-use flossers (floss picks). Therefore, the conclusions discussed below apply equally well to both.

With that in mind, let’s move on to the research…

A Total of 6 Studies Answer This Question 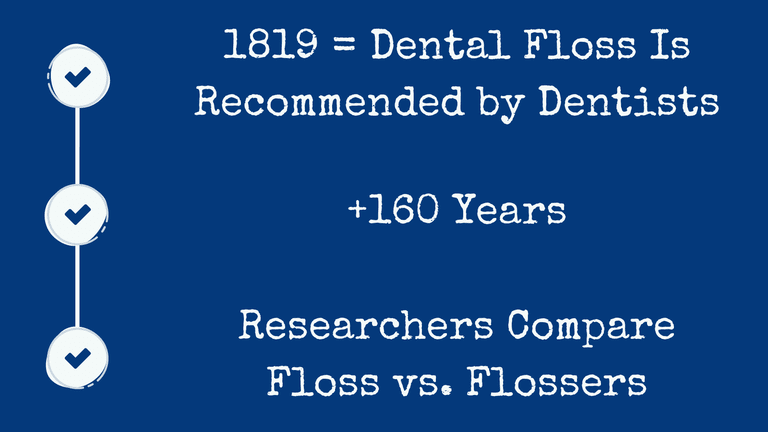 Dental professor Levi Spear Parmly was one of the founding fathers of modern dental hygiene. 1

He was one of the very first to suggest—and understand—the importance of flossing. 2

That the first study on the effectiveness of floss picks vs. regular floss was published. 3

We found a total of 6 clinical trials published on this topic in the English language since then. 3–8

Over 300 adults participated in these studies. This included everyone from U.S. military members to dental students to “regular people”. 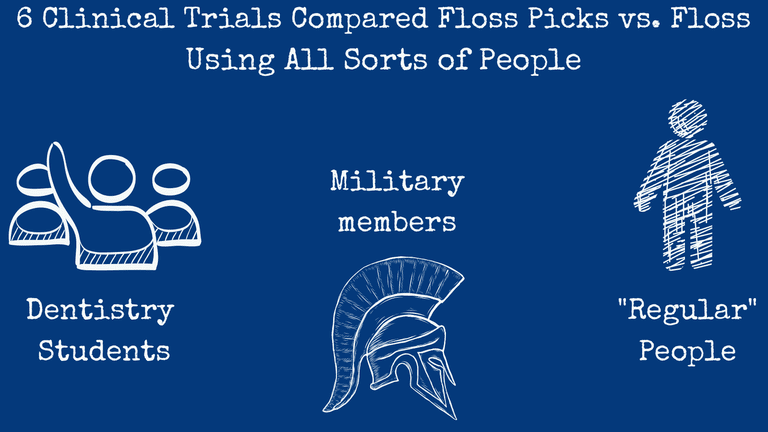 In some of the studies:

Half of the participants used regular floss and then switched to using a floss pick midway through the study. The other half did the exact opposite.

One group of people used solely regular floss while the other group used only floss picks for the entire duration of the study.

In either case, an adequate comparison could be made in order to answer the question: “Is it better to use floss picks or string floss?”

Floss Picks vs. Floss: The Results From the Studies

So, is there a difference between floss and floss picks?

5 of the studies found that dental flossers are as effective as regular floss at reducing gingivitis. 3–7

5 of the studies found that floss picks are as good as regular floss at controlling plaque. 4–8

Is because 4 of the studies investigated both plaque and gingivitis..

A 5th study only investigated gingivitis.

And a 6th study only investigated plaque. 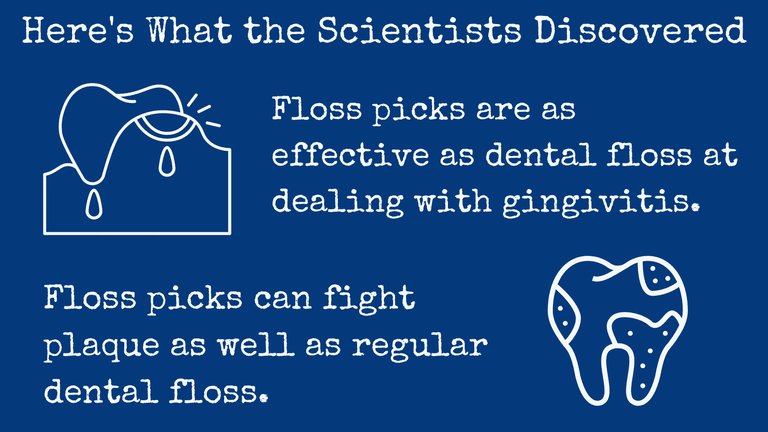 Results from two of the clinical trials implied that dental picks are better than floss at reducing plaque.

In one such trial, a group of 26 people were asked to floss using regular floss or a flosser…

At the end of the study, the scientists found that the floss picks removed 29% more plaque than regular floss.

That was on a relative scale, though.

In absolute numbers, the floss picks removed 19.4% of plaque while standard floss removed 15%. So they were pretty close. 8 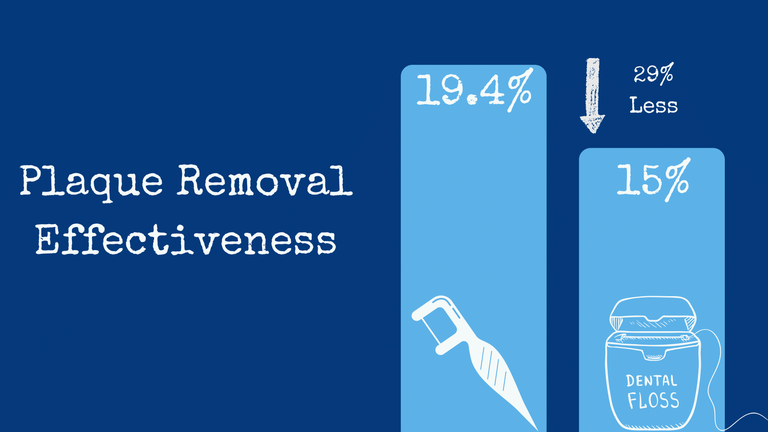 A far bigger study came to pretty much the same conclusion.

In this bigger study:

Over 100 people were randomly assigned to floss using only one of four methods:

At the end of the study…

The people who used a floss pick removed more plaque (31%) than any other method.

All in all, it appears that…

According to the research…

Yes, you can use floss picks instead of floss. Actually, floss picks are also as hygienic as floss, so long as you don’t use the disposable kind more than once.

But there are two important catches here.

At Free RadiKal, we’re all about evidence-based content and product design. And we really dislike bad science or misleading people on purpose.

While all of this research looks great for floss picks, we have to be careful.

…This wasn’t a statistically significant finding in either study. 7,8

According to a very well-respected scientific organization (Cochrane), there isn’t enough high-quality evidence to confidently tell us…

Whether or not dental flossers are truly more, less, or as equally effective as regular floss. 9

There is some evidence that hints that flossers are as good as floss.

Floss picks may even be better than floss in specific scenarios.

But there’s just not enough good data to definitively prove it once and for all. 10

Here’s What a Dentist Had to Say

Is it better to use floss or floss picks?

He reviewed this article for scientific and medical accuracy.

With a wealth of real-world experience under his belt, he chimed in with his professional opinion:

“The general consensus of these studies [see research section above] matches my observations through 27 years of clinical dentistry.

And traditional flossing frustrates many patients.

One study demonstrated that subjects removed more plaque with interproximal brushes than with flossing.

But both techniques removed more than brushing alone. 11

In my opinion, the best technique is the one that people are comfortable turning into a daily habit.

Only 30% of people report flossing every day: 12

I’m more concerned with helping my patients find a tool they’ll use to consistently clean between the teeth than the tool itself.”

Find the tool that you’ll consistently use in our complete guide to the best dental floss holders.